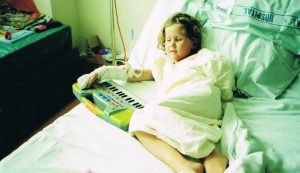 At the age of six Brylee learnt that sometimes life puts a really big mountain in front of you and tells you to climb it- Brylee’s mountain came as a result of a car accident in which her left arm was amputated above the elbow.

See more of Brylee’s story in this Attitude Live documentary.

Brylee started dancing when she was 4 years old and as a stubborn and fierce six year old she wasn’t going to allow the mountain that had already taken so much take away the thing she loved the most. Brylee continued dance training and she was accepted into an elite dance programme at Sydney’s prestigious Brent Street Performing Arts Studio for 2015. She was the first student with a disability to be accepted and to graduate.

Brylee has danced in tv shows such as; New Zealand’s Got Talent, The Voice Australia as well as working with Touch Compass Dance Company and recently been a dancer in the sold out season of ‘Mix Tape’ with Trip The Light Dance Company.

Along with Brylee’s dance career Brylee runs an empowerment project called ‘The Warrior Project’ a series based on strength and power and all about empowering young women to realise their ‘inner warrior’ through workshops, photoshoots, seminars and retreats reaching out to young women. Through education and access to resources, Brylee is working to help them  reach their full potential and achieve their dreams.

Based in Auckland, New Zealand Brylee has started her journey as a motivational speaker.

Brylee is passionate about people and communicating, sharing her story and sharing what she has learnt on her journey so far!